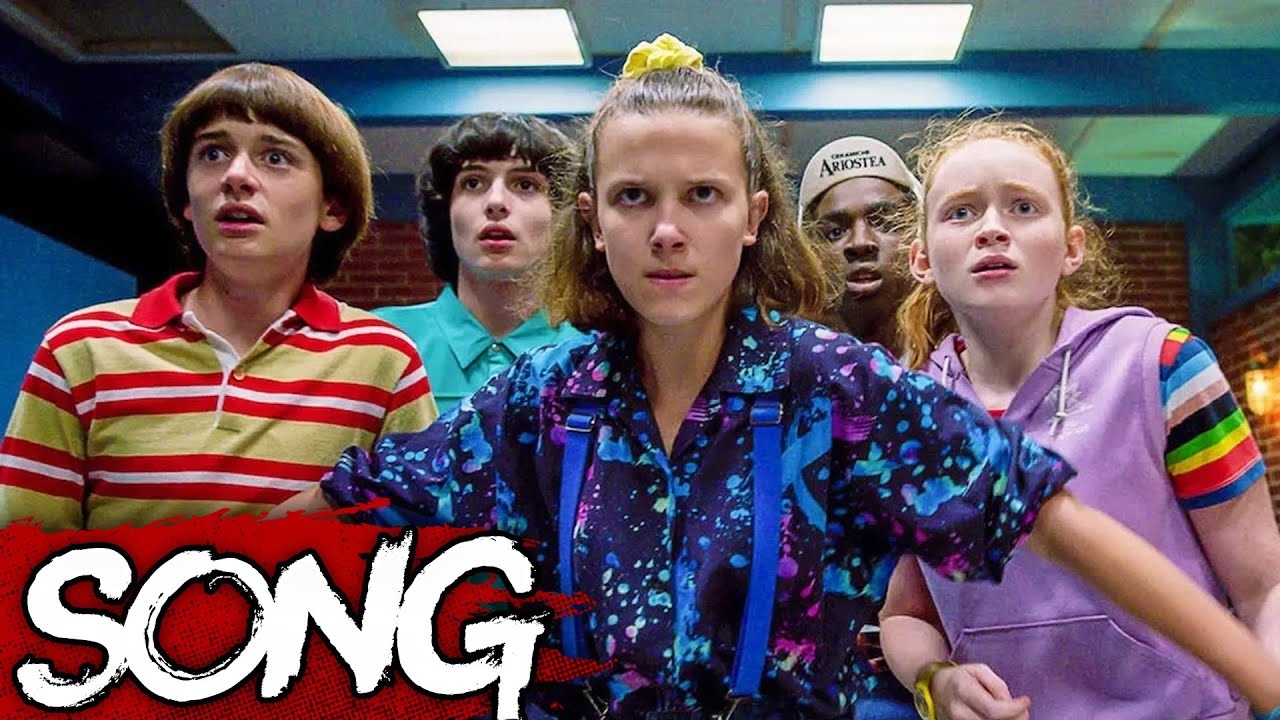 Stranger Things 3 is streaming on Netflix, and everybody is talking about it. We here at NerdOut really liked it, so of course we had to make a Stranger Things song. We hope you enjoy “The Upside Down”. If you do, then please leave a thumbs up.

Listen for free on Spotify:

Represent the name with NerdOut Merch!

The third season of the American science fiction-horror web television series Stranger Things, titled Stranger Things 3, was released worldwide on Netflix’s web streaming service on July 4, 2019. The series is set in the summer of 1984. The series was created by the Duffer Brothers, and stars Millie Bobby Brown, Winona Ryder, and David Harbour as Jim Hopper.

In the summer of 1985 in Hawkins, the new Starcourt Mall has become the focal point of the town, driving other stores out of business. Sheriff Jim Hopper is conflicted over Eleven and Mike’s budding relationship, while Joyce considers moving out of Hawkins for better prospects, leaving the state of the children’s friendships and her own relationship with Hopper in the air. However, strange power fluctuations trigger Will’s awareness of something otherworldly, and Eleven and Max sense something is off about the town’s residents, and despite having closed the portal to the Upside Down, fears that they are all in danger from it still.

Please do not reupload this video without our permission!
#NerdOut #StrangerThings